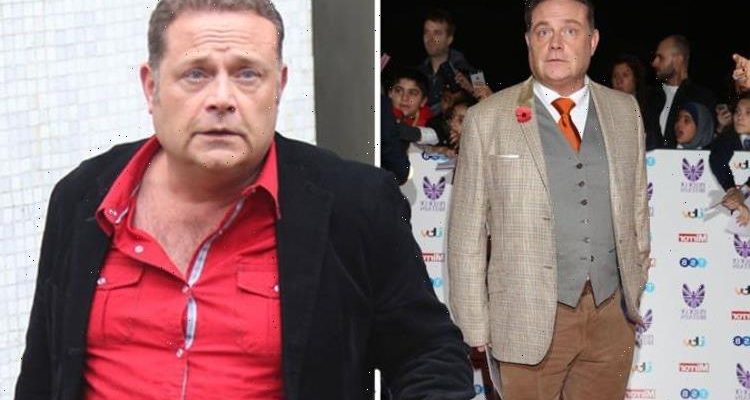 John Thomson rose to fame as a British comedian and actor, who is best known for his roles in The Fast Show, Men Behaving Badly, Cold Feet and Coronation Street. The small-screen star penned a heartwarming message after he reached a momentous day.

The 52-year-old marked 15 years of sobriety today after beating his battle with alcoholism.

Taking to Twitter, the actor was swiftly inundated with messages of support as he addressed his lifestyle change.

The Spitting Image star said he has never felt “healthier and happier” in a candid message.

“Still stand by the fact, it has been the greatest life changing decision I’ve ever made.”

He added: “Happier, healthier and wiser. Genuinely proud of this achievement, so couldn’t let it go unsaid.”

Celebrity pals and fans alike inundated the actor with messages of support following his big milestone.

Twitter user David Maher remarked: “Good lad. After 15 years sober I got married. Never would have happened otherwise. You’re a great encouragement to others.”

“Congratulations John, it’s an awesome achievement and you should feel proud to talk about it. You’ve been a great source of laughter for me for many years, for that I can’t thank you enough,” Big Shaun commented.

John had previously opened up about his road to sobriety and revealed that he had his last drink three years after Cold Feet came to an end in 2003.

Speaking to The Sun, he said: “I’d got lost.

“At the time the 90s seems great for me but I was living a hedonistic lifestyle. I moved to London and lived there for ten years.

“Every day was a groundhog day or private members’ clubs and parties and it just got too much.”

He continued: “I knew something had to change and I moved back to Manchester, I stopped partying and I focused on my family.

“You learn from your mistakes and I stopped drinking on December 29, 2006.”