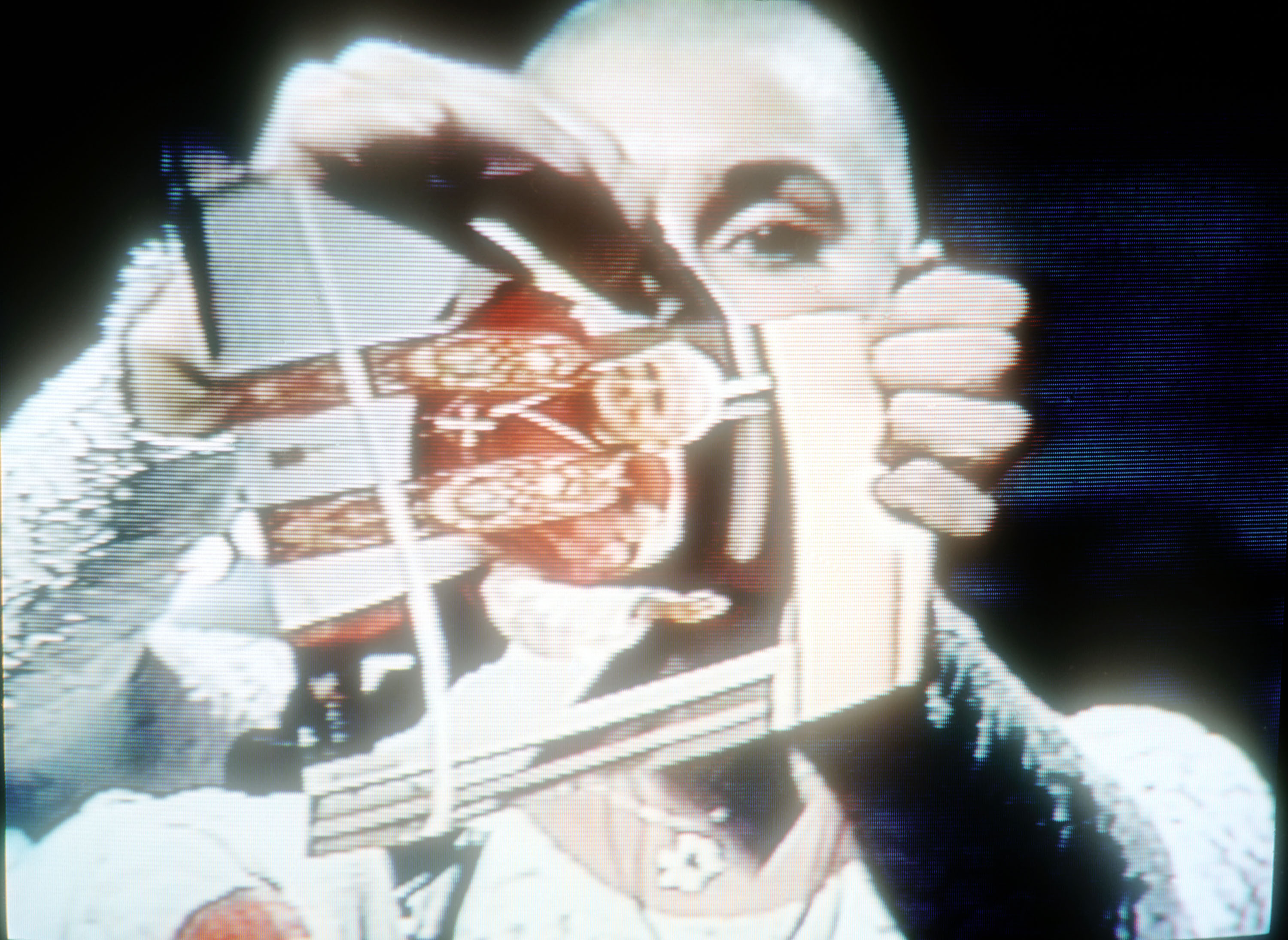 It’s been 30 years since Sinéad O’Connor famously tore up a photograph of Pope John Paul II, and things have changed.

In October 1992, a then-25-year-old Sinéad headed Stateside to perform on Saturday Night Live, where she sang an acapella version of Bob Marley’s track War.

At the end of the song – in which she had changed the lyric ‘racism’ to ‘child abuse’ – Sinéad held up a photograph of the Pope and tore it in half, saying: ‘Fight the real enemy.’

The act led to Sinéad becoming blacklisted and mocked across the US and, indeed, at home in Ireland, where the country was still deeply Catholic and held huge respect for the Church.

In the years following, the child sexual abuse scandal within the church became well-documented, as did the horrors of the Mother and Baby Homes in Ireland, and Ireland today is almost unrecognisable, with liberal laws including the legalisation of abortion and same-sex marriage.

The public’s opinion on Sinéad’s views at the time – and her defiant act on SNL – has also changed, as was made clear at a recent film festival.

The documentary looks at Sinéad’s life and career, and at one point showed the moment she ripped up the photo of Pope John Paul.

And, according to The Irish Times, this time, instead of silence and anger, the clip was met with cheers and applause.

The outlet reports that filmmaker Kathryn told Fleadh programmer Will Fitzgerald the media had unfairly portrayed Sinéad as inconsistent in her views.

She added: ‘It was amazing to witness that.’

In 2021 Sinéad herself reflected on the controversial SNL appearance and said she was ‘not sorry’ for what she did, and described her actions as both ‘brilliant and traumatising.

Nothing Compares, which was released earlier this years, looks at Sinéad’s at-times prophetic words and actions over six years between 1987 and 1993, and reflects on her impact.

Her relationship with religion has consistently been a complicated one, with the star later causing controversy when she was ordained as a priest, despite women being banned from doing so.

She later converted to Islam, changing her name to Shuhada Sadaqat, however continues to record and perform under her birth name.

This year has proved tremendously difficult for Sinéad, who cancelled her planned tour after the death of her teenage son, Shane.

In a statement, her management said that it was not an easy decision for the singer, but she had cancelled the performances for the sake of ‘her own health and wellbeing.’

‘We would like to respectfully announce that due to continuing grief over the tragic loss of her beloved son Shane earlier this year, Sinead O’Connor will not be performing live in 2022,’ they said in a statement.

‘This has not been an easy decision for Sinead but a decision she has had to make for her own health and wellbeing at this time.’

They added: ‘Thank you also to Sinead’s friends and fans whose support and understanding we hold in the highest esteem throughout this period. The love being shown has been a source of great comfort and peace for Sinead.’