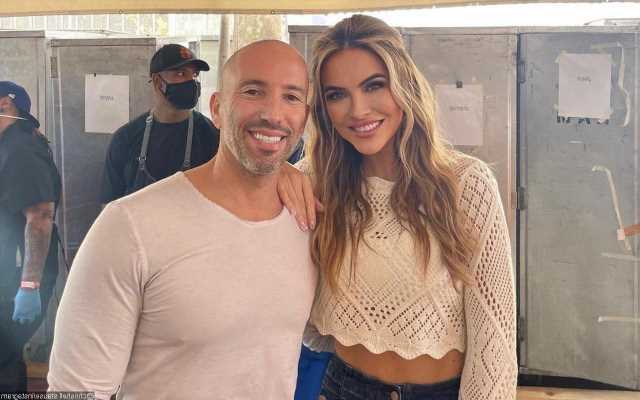 After confirming that she and her ex ‘have different wants regarding a family,’ the ‘Selling Sunset’ star jokes that her ‘eggs aren’t going to fertilize themselves’ when captioning her thirst trap.

AceShowbiz -Though Chrishell Stause is single and apparently ready to mingle, she seemingly has something left to say to Jason Oppenheim. In her latest social media post, the “Selling Sunset” star joked about egg fertilization after they disagreed on having kids.

On Tuesday, December 28, the 40-year-old reality star posted thirst-trap photos on Instagram. In the three snaps, she rocked a leopard-print bikini and matching sunglasses. “Well these eggs aren’t going to fertilize themselves. Or maybe they will…who knows. Until then, 2022 bring it on,” she captioned her sexy pictures.

In the comment section, many of her fans noticed how Chrishell was obviously acknowledging her recent breakup with Jason. “SHADE,” one Instagram user exclaimed. Another wrote, “This is the greatest caption on a thirst trap to ever exist,” adding a face with tears of joy emoji.

“You deserve someone who has similar hopes and dreams. you are beautiful and should never settle!” one person cheered her. In the meantime, a separate fan simply commented, “Omg savage.”

Chrishell is currently on vacation in Cabo San Lucas, Mexico, celebrating her co-star Emma Hernan‘s birthday. The tropical girls’ getaway came after both the “Under Construction” author and the Oppenheim Group founder opened up about their split in separate statements on social media.

“While Chrishell and I are no longer together, we remain best friends and we will always love and support one another,” Jason, who first revealed their breakup, wrote on his Instagram Story. “She was the most amazing girlfriend I’ve ever had, and it was the happiest and most fulfilling relationship of my life.” He also noted that he and Chrishell “have different wants regarding a family.”

For her part, Chrishell echoed that the decision to end the relationship was due to their “ideas for family ultimately not being aligned.” She then hinted that they disagreed on having kids, saying, “Men have the luxury of time that women don’t and that’s just the way it goes.”