Carol Vorderman, 59, joined Countdown in 1982 as the resident mathematician while Richard Whiteley hosted. The late star also appeared on the Channel 4 show when it first hit screens back in 1982.

Taking to Twitter, Carol shared a touching tribute, in view of her 451,000 followers, to mark the 15th anniversary of his death.

The Countdown legend admitted she “still loves” Richard as she honoured her late colleague.

“Together for 23 years, day in day out, we never missed a show. Thank you Whiters for the happiest of days from Series 1 to the day we parted. I loved you for all of that time and I love you still. Vorders.”(sic) 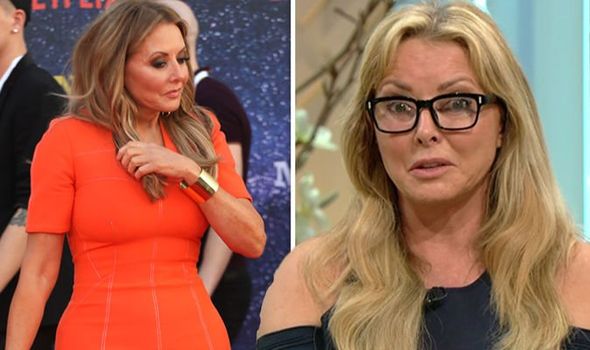 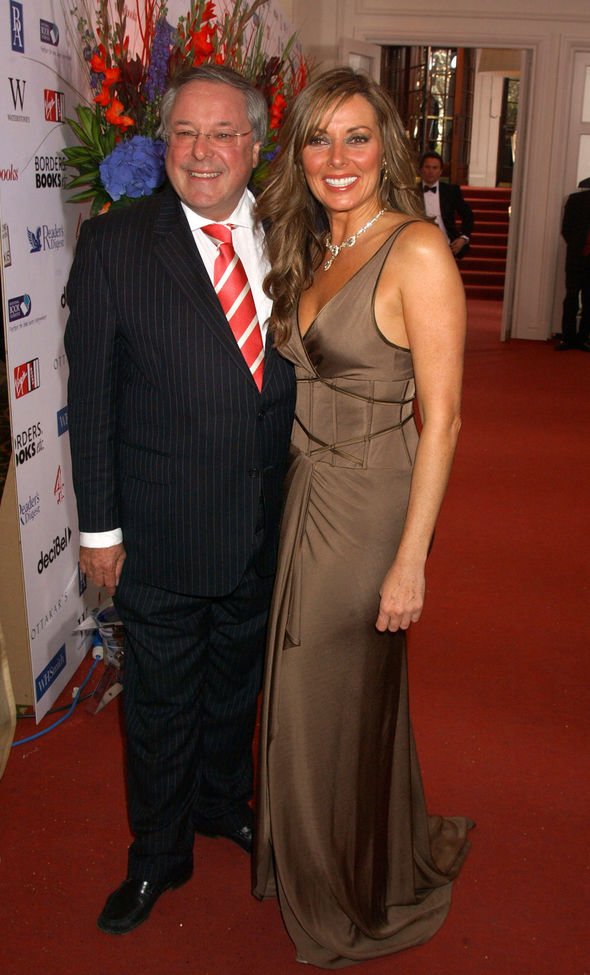 Alongside the tribute were a series of pictures of the two of them on the set together.

Carol’s fans flocked to comment on the post, as many admitted they couldn’t believe it had been 15 years since Richard’s death.

One person commented: “How has it been 15 years. I can still hear his voice and I don’t feel like he has passed as he really was/ still is countdown.”

Another person said: “What a gorgeous tribute @carolvorders to a man that adored you in that studio. Having had the pleasure of being in the audience for many years with “old” countdown, RIP Richard. Lots of love.” 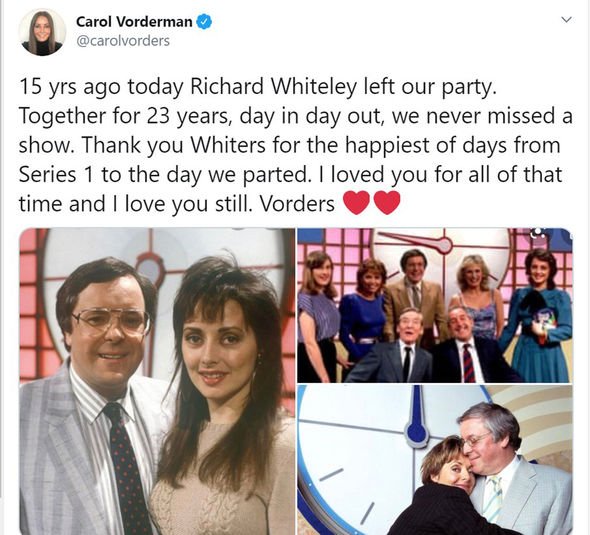 While a third person added: “Wow it doesn’t seem possible. You were a fabulous partnership. Sending lots of love and hugs.”

Richard was taken into hospital in 2005 with pneumonia where he went on to make a slow recovery.

However, doctors discovered problems with his heart and carried out an emergency operation for endocarditis.

The operation was not successful and two days later on June 26, the presenter died aged 61.

Richard and Carol worked alongside each other for 23 years on the show.

Although there were originally five presenters it was eventually slimmed down to just the two of them.

The BBC Radio Wales host presented the numbers and letters round on the programme from 1982 until she left the programme in 2008.

Rachel Riley took over from Carol’s role on Countdown the following year.

Elsewhere, the Countdown legend jokingly issued a warning to her guest Julie Kirk Thomas after she divulged details about working with the legendary comedian Benny Hill.

Julie is a British actress and dancer who starred on The Benny Hill Show, which first aired in 1955 and ran for 34 years.

She said: “We did block the phones with a gymnasium routine we did. That went a bit…”

Before she could continue, the BBC Radio Wales host was forced to intervene.