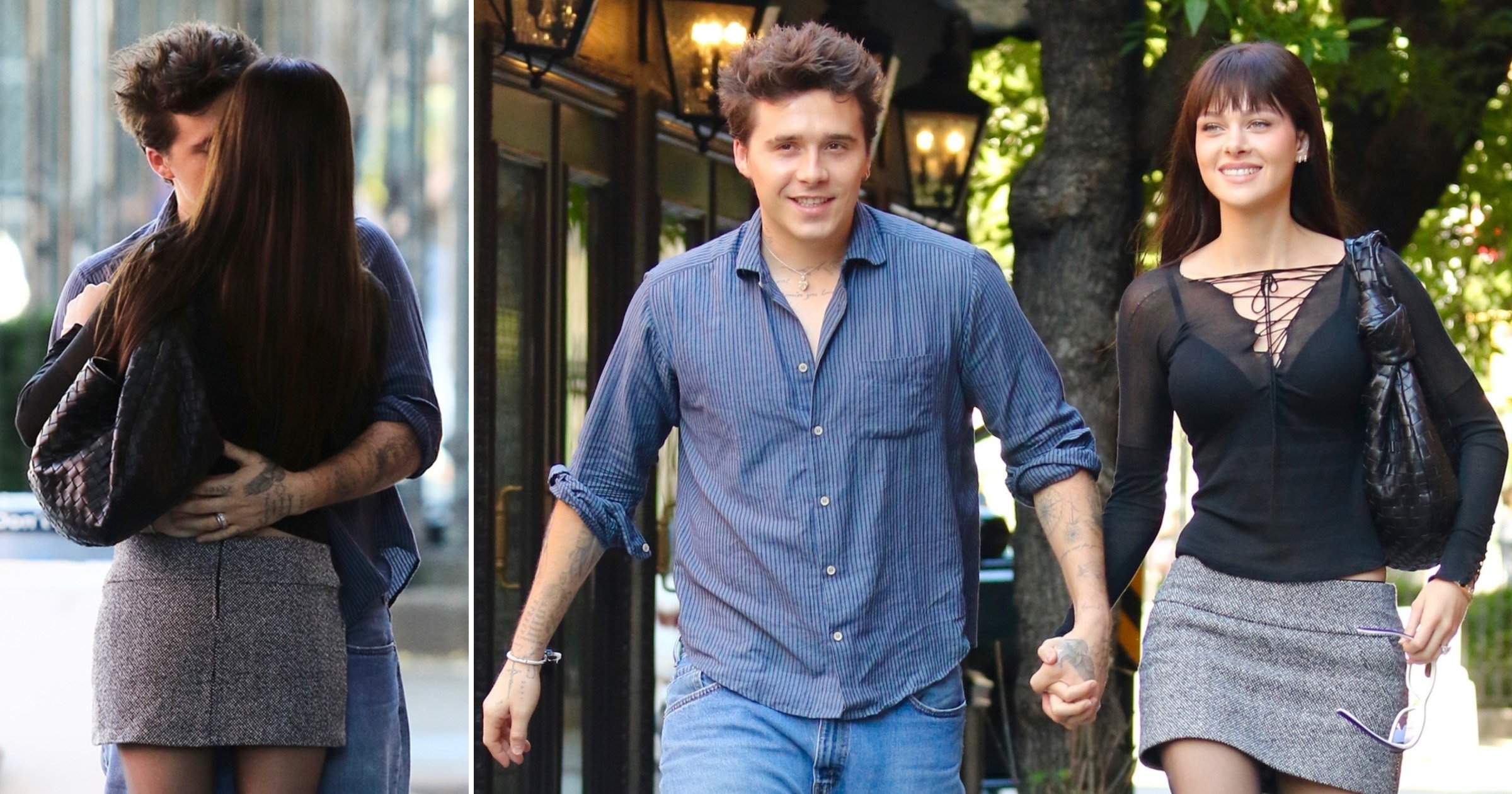 Brooklyn Beckham and wife Nicola Peltz are no strangers to PDA, which they proved once again when sharing a smooch on a street corner in New York City.

The couple, who wed in a lavish ceremony back in April, have been enjoying living in a bubble since tying a knot, completely unashamed when shouting about their love to the world.

Brooklyn and Nicola are currently in NYC for Fashion Week, having attended the Tom Ford show earlier this week.

Taking a break from the madness of fashion shows, the son of David Beckham and Victoria Beckham grabbed lunch with the actress at Morandi restaurant in Manhattan’s West Village Neighbourhood.

Brooklyn held Nicola’s hand as they made their way to the eatery, making sure to stop for a kiss and cuddle.

Actress Nicola looked all stylish wearing a mini skirt and a see-through blouse, all smiles as she cosied up to her husband.

Meanwhile, budding chef Brooklyn kept it casual in super baggy jeans and a striped shirt, placing a protective arm around his wife’s waist as they smooched.

Brooklyn and Nicola had an eventful start to their Fashion Week when they came to a photographer’s rescue at the Vogue World show.

Snaps captured the cameraman falling to the ground, with Brooklyn then lending a helping hand so he could stand up.

The 23-year-old appeared to ask the man if he was ok, before he and Nicola, 27, stormed the runway themselves.

Linking arms, the newlyweds strutted their stuff with Brooklyn looking cool in a varsity jacket, while Nicola rocked a white top with camel leather-look trousers and chunky boots.

They weren’t the only pair to take to the runway as a couple that night, with Kourtney Kardashian and Travis Barker also walking together.

Meanwhile, they joined models including Irina Shayk, Kendall Jenner, Gigi Hadid and her sister Bella on the runway.

Despite being the image of wedded bliss now, Nicola recently admitted that she and Brooklyn ‘didn’t get on’ when they first met.

It wasn’t exactly love at first sight for the now inseparable pair, with the daughter of billionaire tycoon Nelson Peltz saying they ‘just didn’t click at all’.

Nicola added to Wonderland magazine: ‘Diesel was like, “Oh my friend Brooklyn wants to crash at our house”, because all my brothers rented a house for Coachella. We barely interacted. We look back at pictures, like group pictures, and I’m with my boyfriend and Brooklyn’s in the corner.’

They started dating in 2019 and the rest is history.