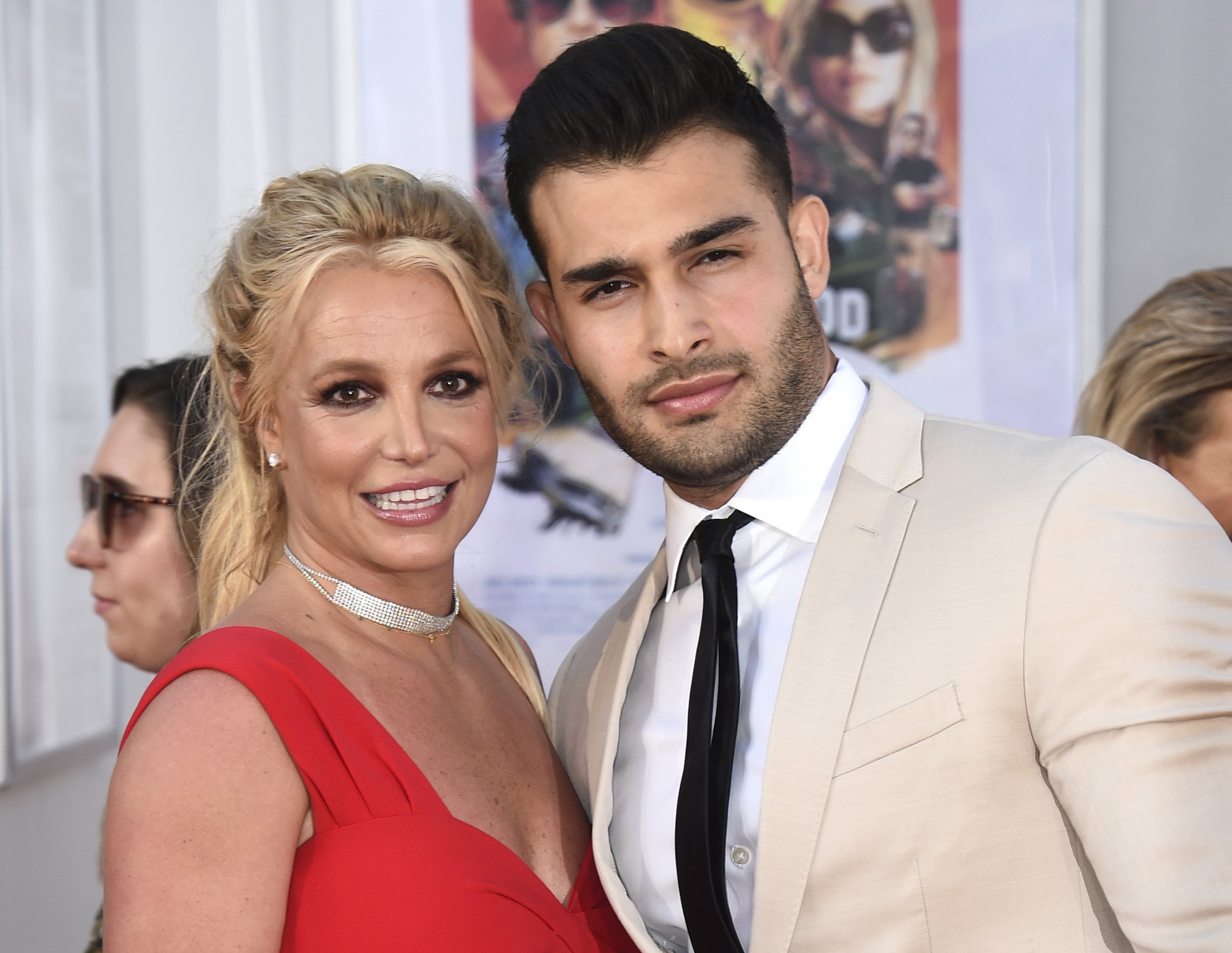 Britney Spears has claimed she had a ‘panic attack’ before her wedding to Sam Asghari, saying she felt ‘so nervous’ on the morning of their big day.

On Thursday, the couple wed in a star-studded ceremony at the singer’s home in Los Angeles, with celebrities including Paris Hilton, Madonna, Drew Barrymore and Selena Gomez in attendance.

While they had to deal with the shocking intrusion of Britney’s ex-husband Jason Alexander, who tried to crash the wedding and trespassed on the property before being arrested, she said that ‘the ceremony was a dream and the party was even better’.

In a post shared on Instagram, featuring a picture of the bride and groom and Britney with her famous pals on the dancefloor and posing for a photographer, she expressed her excitement over the fact that they tied the knot.

‘Gggggeeeeezzzzz !!! It was the most spectacular day !!!’ the 40-year-old wrote in the caption.

‘I was so nervous all morning but then at 2:00 pm it really hit me … WE’RE GETTING MARRIED 💍 !!! I had a panic attack and then got it together.’

The Toxic singer praised the crew who turned their home ‘into literally a dream castle’, before showering the people who attended as guests with love.

‘So many incredible people came to our wedding and I’m still in shock 😱 !!! @drewbarrymore my girl crush and @selenagomez who btw is way prettier in person if that’s possible both came !!!’

She went on to reference her kiss with Madonna, as the pair recreated their smooch from the 2003 MTV Video Music Awards.

‘I was speechless … I kissed @madonna again 😉😉😉 and we danced 💃🏼 into the night with @ParisHilton …’ she recalled.

She also thanked those who helped to put her wedding look together, from Donatella Versace with her wedding dress and Charlotte Tilbury with her makeup.

‘Thank you @donatella_versace for designing my dress … I felt so beautiful 😊 … Thank you also to @StephanieGottlieb @CharlotteTilbury and @sofiatilbury for my jewelry and makeup !!!’ she said.

In her several posts shared on Instagram in celebration of her wedding to Sam, Britney shared pictures of them kissing on the balcony at their home, with a full-on Cinderella carriage placed out front.

She also shared a stunning video from the special occasion, including a montage of moments including when the couple exchanged their vows.