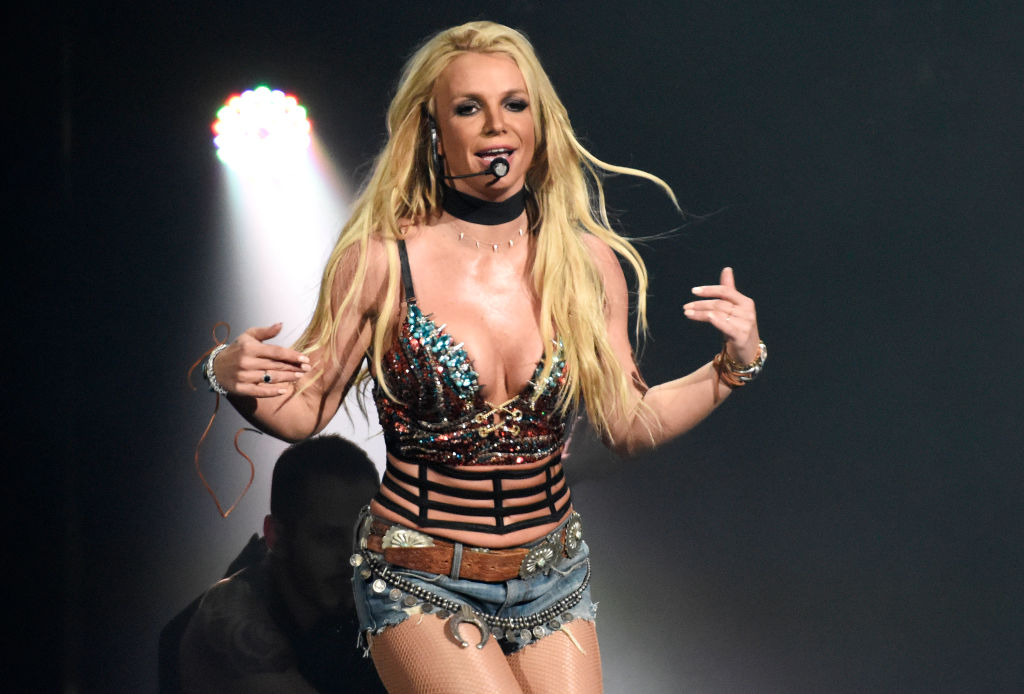 A judge has denied Britney Spears’ request to remove her father Jamie Spears from her conservatorship, which she has been under since 2008.

The request was made in November by her lawyer Samuel Ingham in court documents that claimed the 39-year-old singer was scared of her father and would refuse to perform again.

Judge Brenda Penny, who denied the request, did not rule out future petitions to suspend him from the conservatorship. The judge also named financial company Bessemer Trust as co-conservator.

According to TMZ, documents filed in Los Angeles state: ‘The conservator’s request to suspend James P. Spears immediately upon the appointment of Bessemer Trust Company of California as sole conservator of estate is denied without prejudice.’

The denial was not in direct response to the star’s explosive testimony in court this week in which she made many shocking claims, including that she cannot get permission to remove her IUD so she can have children with boyfriend Sam Asghari.

An IUD is a method of birth control that is inserted into the uterus to prevent pregnancy. They are one form of long-acting reversible birth control.

Her dad Jamie meanwhile has requested an investigation in his daughter’s allegations, saying he was ‘greatly saddened’ by them and denied being the cause of the restrictions on her life.

The couple are currently on holiday in Maui and the star urged fans and paps to give her space.

In a video posted on Instagram Britney begged: ‘Dos and dont’s, if you are a pap, fan or anyone in my space. Don’t talk to me while I’m texting. It’s rude.

‘This is my body!!! So stop messing with my pics and editing them to the point where it’s embarassing!!!!’

What is a conservatorship?

A conservatorship is a legal concept in the United States that places someone under the legal protection of an appointed adult.

A guardian or a protector is appointed by a judge to manage different aspects of someone’s life, from their financial affairs to their daily life.

One is usually appointed a conservator if they are suffering from physical or mental issues or declining with age.

If a conservatorship is unplanned, a court will also assign a caseworker for the conservatee.

The caseworker will remain in contact with the conservator and make certain that the transition goes well, regularly checking on the status of all involved.

Adding a clip of fans at a Pride parade dancing to Oops! I Did It Again she added: ‘This is what fans & paps should be doing instead!!!’.

In the caption she wrote: ‘So being here in Maui is pretty crazy now … the paps know where I am and it’s really not fun !!!! It’s pretty hard going anywhere cause these silly faces keep popping up to take my picture 📸🙄 … but not only do they take my picture … they distort my body and mess with the image and it’s embarrassing 😬😳🙃 !!!!!

‘I know my body is not perfect but I definitely do NOT look like how they portray me. It’s rude and it’s mean so paps kindly F**K YOU AND F**K OFF.’

The star has had an outpouring of support from celebrities including Mariah Carey, Halsey, Iggy Azalea and Christina Aguilera.