We’ve had Jokers before, but this monstrously memorable creation does something the others couldn’t: BRIAN VINER reviews Joker

Judging by some of the more excitable reports about the release of this electrifying movie, you would expect it to come not just with an 18 certificate, rather than the 15 it carries, but also a public health warning.

Certainly, it is dark, violent and disturbing enough for an 18, a triple-whammy that not everyone wants from a night out at the pictures.

It is also superbly conceived, written, directed and acted. Moreover, for a film with a comic-book lineage, telling the story of how Batman’s arch-enemy came into being, it is refreshingly free of computer-generated effects.

Nor does Joaquin Phoenix, extraordinary in the title role, offer the standard caricature of super-villainy.

Comic-book movies often do terrific business at the box-office without ever turning the heads of those who dish out awards. 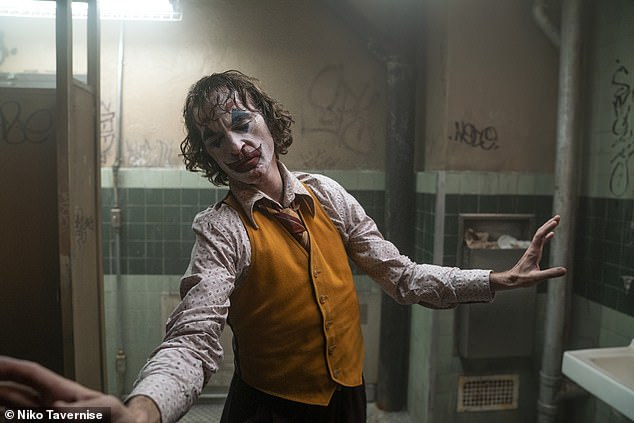 That’s where I saw it first, practically staggering from the cinema into the dazzling late-summer sunlight of the Venice Lido.

On Monday, in London, I saw it again. The conditions couldn’t have been more different; we were greeted afterwards by driving autumnal rain. But the impact was the same. The weather was the last thing on anyone’s mind.

Joker is a thunderously powerful character study of a man with a mental illness, and a ferocious indictment of a society that doesn’t treat the mentally ill with the same compassion it shows to, say, cancer sufferers.

That might make it sound worryingly like a cinematic lecture, but it’s not Ken Loach behind the camera, it’s Todd Phillips, who directed the Hangover films. Joker is still an exercise in entertainment. Indeed, I have rarely been so grippingly entertained.

Phoenix plays Arthur Fleck, who lives with his fragile mother (Frances Conroy) in a ramshackle apartment building in Gotham City. It is 1981. Gotham is New York City, blighted by crime, uncollected garbage and industrial unrest, in gossamer-thin disguise.

A rich, ruthless industrialist called Thomas Wayne (Brett Cullen) is campaigning to become mayor, to get Gotham back on its feet.

Those of you who recall the Batman origin story should note that he has a young son called Bruce. If you also keep an eye on contemporary U.S. politics, you might wonder whether Phillips and his co-writer Scott Silver used Donald Trump as their model.

Arthur, meanwhile, is just about holding down a job as a professional clown, available for cheap promotional stunts, children’s hospital visits, that sort of thing. 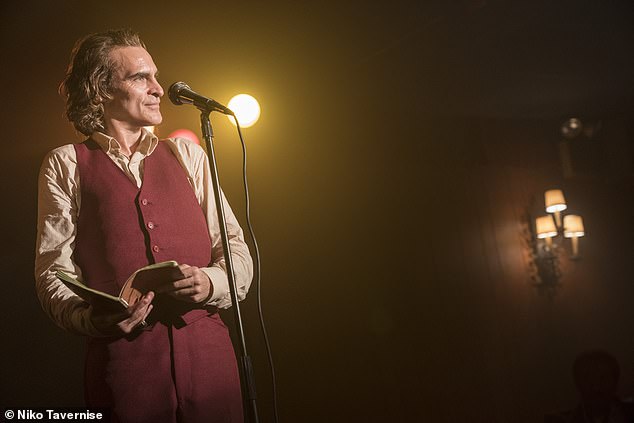 He is disturbed, a loner with a Tourettes-style condition that compels him to laugh loudly and suddenly for no reason. He makes weekly visits to a social worker, who organises his medication, but Gotham’s social services are being cut to the bone.

Soon he will have nowhere to turn. ‘The worst thing about having a mental illness,’ he writes in his journal, ‘is that people expect you to behave as if you don’t.’ Arthur dreams of being a stand-up comedian.

His hero is a TV talk-show host, Murray Franklin, splendidly played by Robert De Niro in a conspicuous nod to Martin Scorsese’s 1982 satire The King Of Comedy.

In that film, De Niro himself played the deranged stand-up comic, who was obsessed with a TV host played by Jerry Lewis. So Phillips and Silver don’t mind acknowledging their influences. Another great Scorsese movie, Taxi Driver, from 1976 is invoked, too.

Yet Joker is luminously original in the background it weaves for one of comic-book fiction’s greatest baddies, and in the way it does so. Boldly, it even dares to let us sympathise with Arthur. He is creepy, yes; but victimised and misunderstood. Even when he commits his first murders, he has the audience’s empathy.

It is doubtful whether any actor of his generation could have inhabited the role quite like Phoenix does. 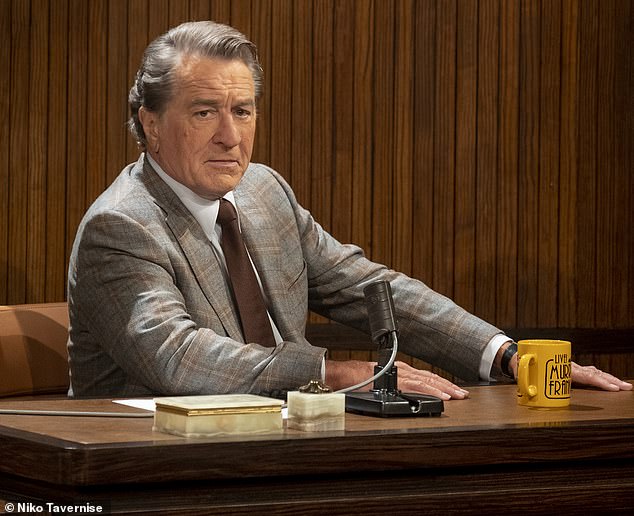 His hero is a TV talk-show host, Murray Franklin, splendidly played by Robert De Niro in a conspicuous nod to Martin Scorsese’s 1982 satire The King Of Comedy, writes BRIAN VINER

But I think Phoenix steps out of it. He has always been brilliant at conveying torment, for instance as Johnny Cash in Walk The Line (2005), and in The Master (2012), while of course he was a memorable villain in Gladiator (2000). That face helps; even in repose it looks slightly psychotic.

Gotham is teetering on the brink of civil strife and it turns out to be Arthur, of all insignificant citizens, who nudges it over the edge.

The man wanted for murder had a painted clown face, and suddenly clown masks are everywhere, a symbol of proletarian anger against Wayne and other masters of the universe.

As riots erupt in the streets, Arthur is assailed by a personal crisis. He learns startling details about the circumstances of his birth.

Perhaps even more unexpectedly, he is invited to be a guest on The Murray Franklin Show, following the broadcast of a video of him dying, in comedic terms, in his stand-up debut.

It is the 1980s, so we can’t say that his humiliation goes viral, but Phillips is clearly taking a pop at modern social media.

Like The King Of Comedy, Joker is a satire; an unforgettably brutal and brilliant one. So never mind, for the time being at least, the warnings that it could have a dangerous effect on already troubled minds.

Right now, everyone involved should be hugely proud of their creation, especially Phillips and Phoenix, but also executive producer Bradley Cooper.

The last film his production company made was A Star Is Born (2018). This one, the first in a new franchise called DC Black, an offshoot from the DC Extended Universe series, could be subtitled A Supervillain Is Born. And how.