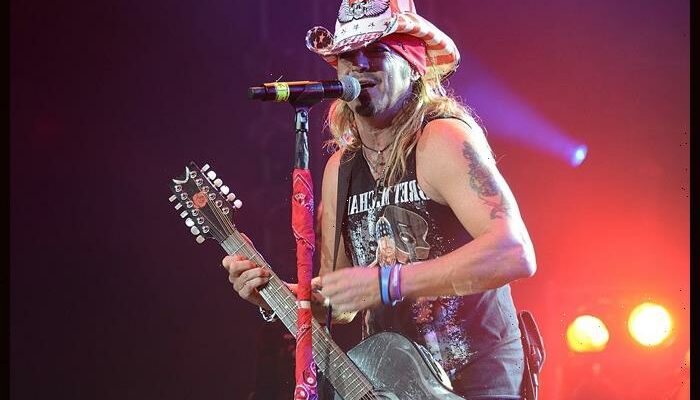 Poison frontman Bret Michaels has revealed that the band aren’t likely to embark on another tour until 2025. However, he also teased his fans about an upcoming solo tour.

Speaking to radio host Eddie Trunk for his SiriusXM show, “Trunk Nation,” Michaels said, “I’m just saying ’25 is probably when Poison will put a humongous world tour together and go back out and be incredible. And it’ll be awesome.”

Poison are currently part of the The Stadium Tour, a co-headlining North American tour by British rock band Def Leppard and American rock band Mötley Crüe. The tour is set to conclude in September this year. Joan Jett & the Blackhearts are also part of the tour.

The Stadium Tour was announced on December 4, 2019, and was set to take place in the summer of 2020. It was later announced that the tour would be rescheduled for 2021 due to the COVID-19 pandemic. The tour was once again pushed back to 2022 due to the same circumstances.

“With everything going on in the world, we didn’t know if The Stadium Tour was gonna go [ahead]. I prayed every day — I’m, like, ‘I hope this goes. I’ve been waiting since ’20,'” Michaels told Trunk.

“But for me, this year we were gonna do the Party Gras Tour. I put together something incredible, and now we’re gonna launch that in ’23,” he added. “And when I tell you what this is and the way we’ve designed it with everybody, it’s an incredible amphitheater tour that’s just gonna be … I think it’s gonna be insane and gonna be the ‘all thriller, no filler’ summer party. And you’ll know what I mean when it hits the stage. It’s really an exciting idea.”