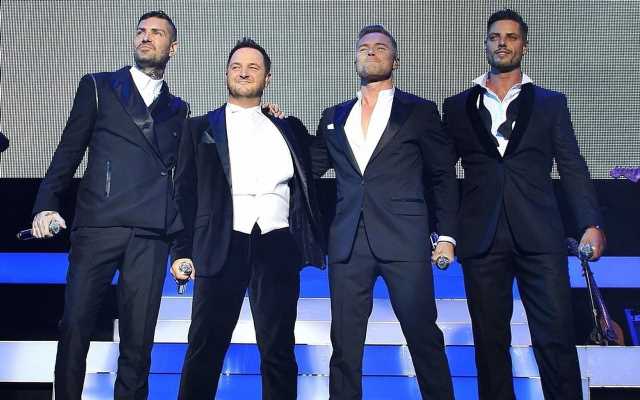 The former Boyzone members keep in touch with one another via Whatsapp although there are still no plans for reunion, three years after their farewell album.

AceShowbiz -The members of boyband Boyzone have a WhatsApp group account so they can keep in touch.

The “Father & Son” hitmakers are no longer together but singer Ronan Keating likes to make sure they can still chat about what’s going on their lives online.

He reveals he has become the guardian of the lads’ WhatsApp account.

“It changes because people leave all the time,” he explains, “It’s like the story of a boyband, people leave and then we start a new one and then they come back and then someone else leaves.”

Meanwhile, Ronan admits one of his closest musical mates is boyband rival and Take That star Gary Barlow.

“Gary and I are good pals; we are cut from the same stone,” he adds. “There is definitely rivalry between Gary and I when we start counting The Brits and MTV awards. He’s got a few more than me; he wins every time but I still think competition is important.”

Although there are no plans for music reunion, the group are reportedly working on a biopic.

“We’re talking to Hollywood (executives) about turning the Boyzone story into a movie, with an Irish tone,” Shane Lynch previously opened up. “It’s important that it’s done right, telling each member’s own story within the piece, about them growing up and at school.”