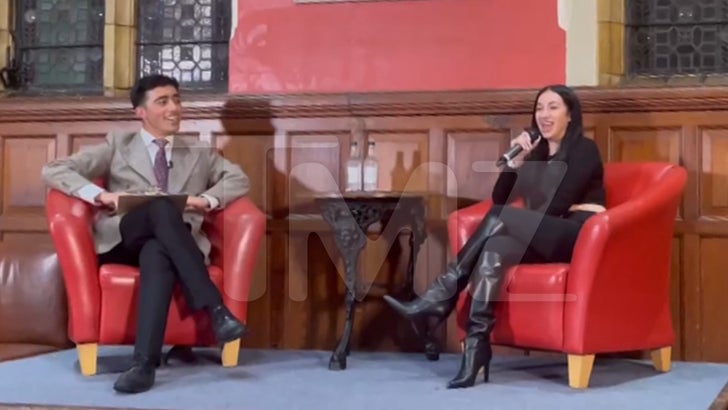 Looks like Bhad Bhabie has a future in addressing prestigious debate clubs, because she crushed it at Oxford University, and the student body greeted her with thunderous applause. 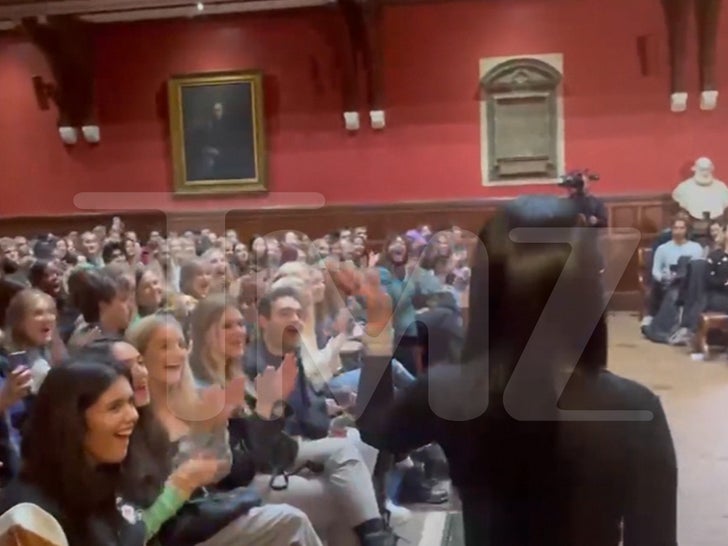 Folks at the event tell TMZ … Bhad Bhabie, aka Danielle Bregoli, chatted it up with a chamber full of students Wednesday night, and it was standing room only. Some kids waited for hours in the rain to get their spot inside. 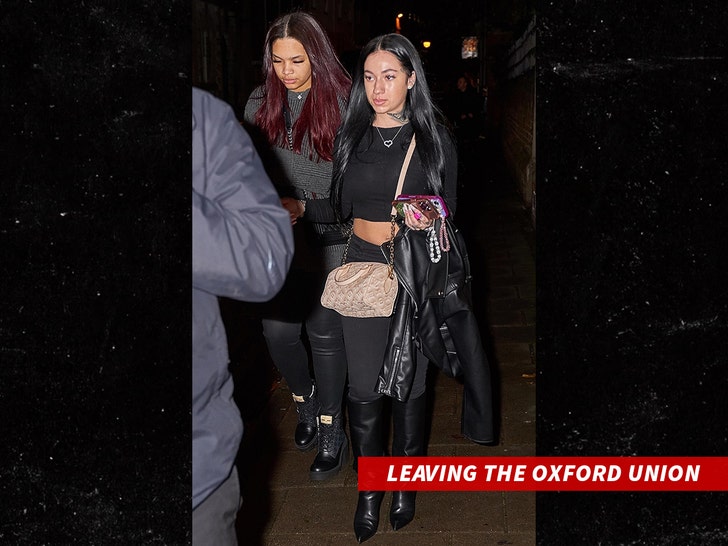 You can tell the crowd was thrilled to have her. Danielle took part in a Q&A with the president of the Oxford Union, where she spoke about her alleged abusive experience at Turn-About Ranch, what it was like becoming famous so young, making 50 million bucks on OnlyFans … and her new scholarship fund.

Afterward, they opened up the floor to questions from students and, not shockingly, Ye was a hot topic. Gotta admit, she had a pretty funny response when asked about what she thinks of him — shouting out the rapper’s early 2000s hits, and then keeping it moving.

No, Ye’s antisemitic comments didn’t come up — most likely due to the huge applause her answer drew.

Danielle’s in pretty elite company — one night before her, Pakistani education activist Malala Yousafzai was at Oxford. BTW, similar turnout for both young women.

As we reported, Danielle was invited to speak back in September — the Oxford Union prez offered the opportunity, saying “It would be an honour to welcome you to continue this fine tradition.”