Bethenny Frankel, through her disaster relief charity, BStrong, is quickly organizing and helping the residents who are displaced after Champlain Towers collapsed in Surfside, Fla.

The former “Real Housewives” star, 50, has partnered with Global Empowerment Mission, a nonprofit, to help victims.

“Today, in partnership with @globalempowermentmission, BStrong is distributing $500-$1000 each in cash cards directly to displaced residents in need from the tragic collapse of Champlain Towers in Surfside, Florida. We’re also supplying the Shul of Bal Harbour and other local community centers our BStrong Family Necessities Kits for the entire community affected,” Frankel wrote on social media.

“The BStrong warehouse is in Miami and stocked with survival kits, lumber, medical, pet, baby supplies food, blankets and relief aid to support victims after this tragedy,” she continued.

“100% of your donation will go towards cash cards to be distributed directly to the victims and their families to give them the liberation and dignity that they need and deserve to rebuild.

We have been meeting with families and are on the ground working intimately, immediately and directly with city officials and victims. 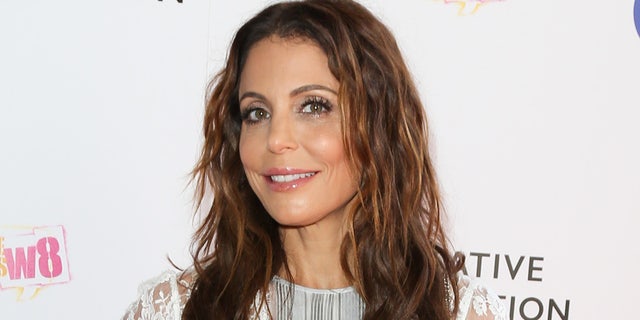 Bethenny Frankel through her disaster relief charity, BStrong, is quickly organizing and helping the residents who are displaced after Champlain Towers collapsed in Surfside, Fla.
(Paul Archuleta/FilmMagic))

This is exactly what we do and precisely where we do it. Please help. We can make a difference. You can be part of the change in the world. Xo and thank you,” Frankel concluded.

Video shows two wings of the 12-story high rise tumbling out of the sky without warning around 1:30 a.m. Thursday.

It’s not immediately clear what caused the collapse, and Miami-Dade officials said they did not expect to have answers any time soon. Investigators were not expected to enter the rubble until the search and rescue mission had concluded. 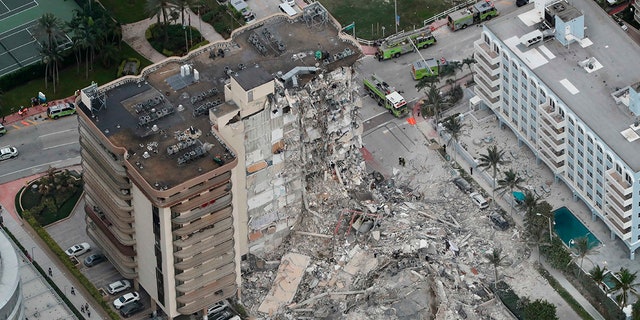 It was still underway Thursday evening, and authorities said that rescuers using sonar equipment had picked up banging sounds that they hoped were signs of life.

At least three people have died and 99 remained unaccounted for 24 hours after the collapse. More than three dozen people had been rescued, including a woman whose leg had to be amputated.

“Buildings like this do not fall in America,” Surfside Mayor Charles Burkett told Fox News’ Tucker Carlson Thursday night. “This is a third-world phenomenon, and it’s shocking.”