Among the stars at the premiere of ‘Shang-Chi And The Legend Of The Ten Rings’ was none other than Ben Kingsley, who was joined by his ‘marvel’ of a wife, Daniela Lavender.

There were ten rings on the screen, but there were many more stars on the red carpet at the Monday premiere of the latest addition to the Marvel Cinematic Universe. Sir Ben Kingsley, 77, was one of those A-listers attending the Aug. 16 screening of Shang-Chi And The Legend Of The Ten Rings in Los Angeles, and the 77-year-old Academy Award-winner was accompanied by his wife, Daniela Lavender. While Ben looked dapper in a classic black suit, but Daniela, 46, stole the spotlight from her husband. The Brazilian actress wore a plunging white gown with a thigh-high split and a pair of sharp black pumps. 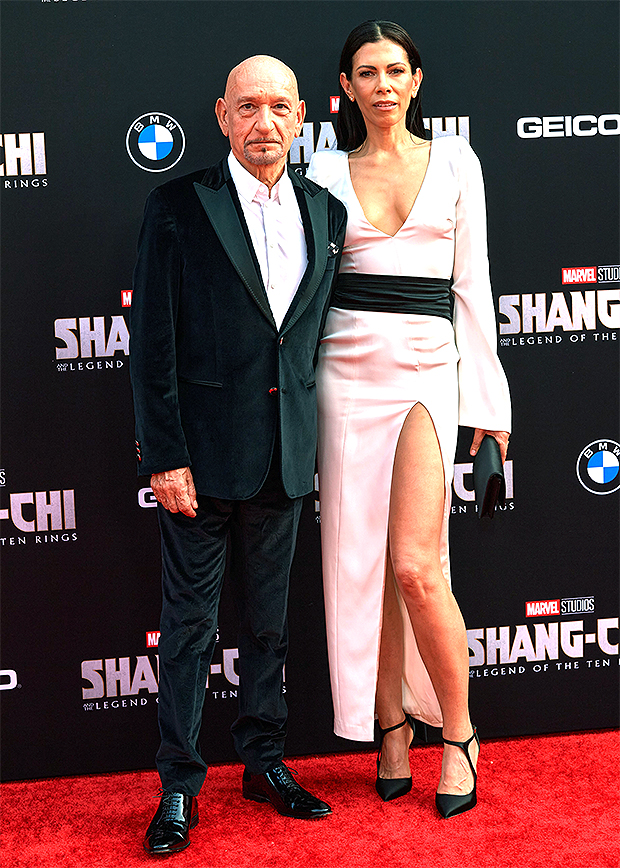 It’s not every day that Ben and Daniela walk a red carpet together. The couple is very private since tying the knot in a secret ceremony at his country home in 2007. “We’re extremely happy,” Sir Kingsley said in a statement after the wedding, per the Evening Standard. “Daniela is like an ancient mythological princess. She has great deep dignity. She moves like an ocean liner.” Since then, Ben and Daniela have mixed business with pleasure. They worked together on his film Learning To Drive, and Ben told the Independent in 2016 that he and Daniela “have our own company, Lavender Pictures, which was associated with Learning to Drive. And we look for character-driven, narrative-driven material to make into TV mini-series or movies.” 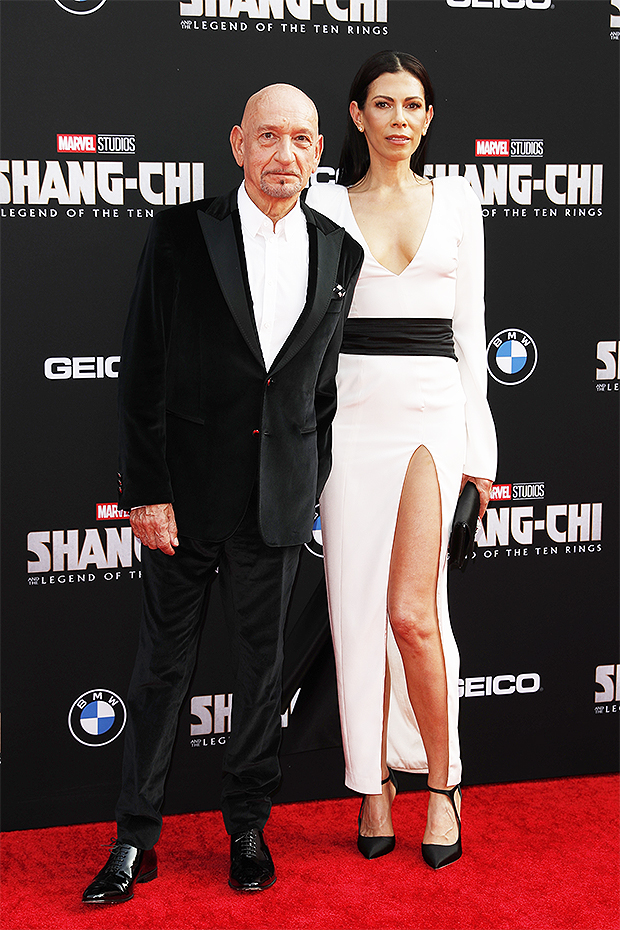 Hopefully, Sir Kinglsey’s appearance on the red carpet wasn’t a spoiler for Shang-Chi. He famously portrayed The Mandarin in 2013’s Iron Man 3 – or SPOILER ALERT he played English actor Trevor Slattery, who portrayed the Mandarin as part of a decoy plot to throw Tony Stark (Robert Downey Jr.) off the trail. In the comics, the Mandarin is a Chinese supervillain who wields ten mighty rings, according to his official Marvel biography. While Ben isn’t officially listed among the cast on Shang-Chi’s IMDB page, there is a listing for Brett Metter, who plays Ben Kingsley’s stunt double.

“I think it’s urgent for me to tell stories,” Ben told the Independent. The actor has earned critical acclaim for his ability to tell stories: in addition to the praise he’s received for roles in films like Sexy Beast and Hugo, he won the Academy Award for Best Actor in 1982 for the titular role in Gandhi. “If I am fortunate enough to be a member of my tribe, then I would say, ‘I’m the storyteller in the tribe. That’s my job.’ And it’s a wonderful role to have in the tribe, but it does bring its responsibilities.”