Ben Affleck and Jennifer Lopez looked so in love while arriving at ‘Jimmy Kimmel Live!’ in Los Angeles, just one day after he made headlines for openly discussing his alcohol addiction and divorce.

Ben Affleck, 49, and Jennifer Lopez, 52, made a PDA-filled appearance in Los Angeles, CA on Dec. 15. The actor and the singer held hands while walking into the studio where they film Jimmy Kimmel Live!, where Ben was making an appearance on the show. They were all smiles as they greeted onlookers and appeared happy and relaxed. 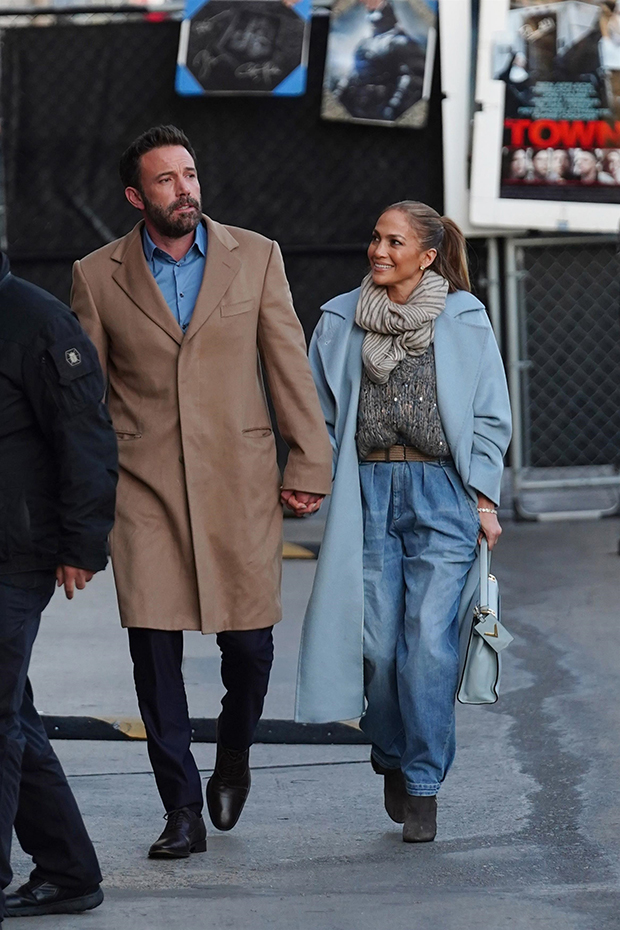 Ben was wearing a long tan coat over a blue button-down shirt and black pants and shoes and Jennifer was wearing gray sweater under a powder blue coat and jeans with boots. He also sported a beard and she wore her long tresses in a ponytail as her face had natural-looking makeup. The beauty also carried a matching purse as she stayed close to her beau. 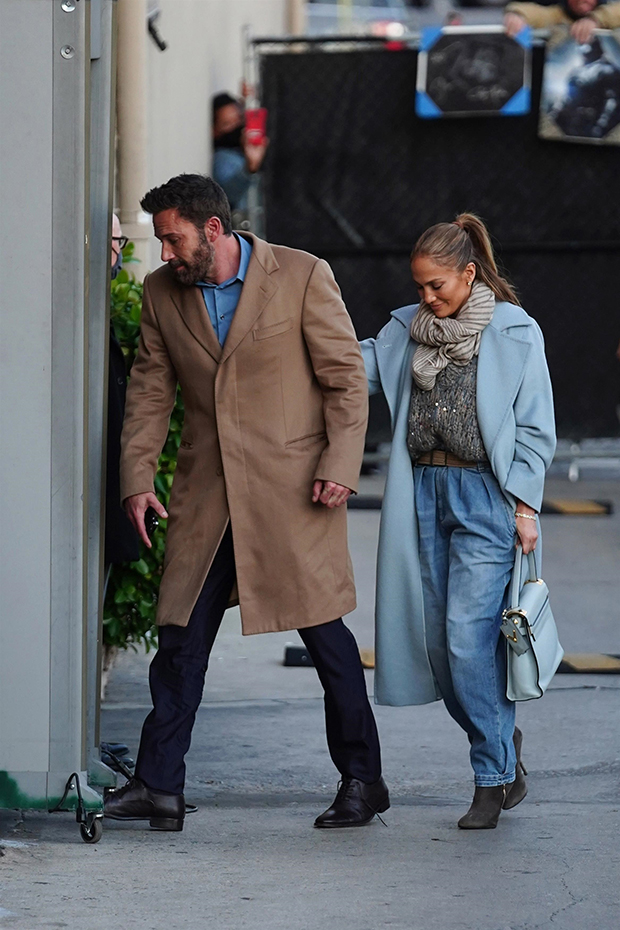 Ben and Jennifer’s latest outing comes just one day after Ben got attention for openly discussing his past drinking struggles and marriage troubles with his now ex-wife Jennifer Garner. The Good Will Hunting star talked to Howard Stern on his radio show and admitted he felt “trapped” at the time he was married and drinking a lot.

“Part of why I started drinking was because I was trapped,” he said during the interview. “I was like, ‘I can’t leave because of my kids, but I’m not happy, what do I do?’ And what I did was [I] drank a bottle of scotch and fell asleep on the couch, which turned out not to be the solution.”

“Ultimately, we tried, we tried, we tried because we had kids, but both of us felt like we didn’t want this to be the model that our kids see of marriage,” he continued, while touching upon the reason for his and Jennifer’s divorce.

Ben shares Violet, 16, Seraphina, 12, and Samuel, 9, with Jennifer and also admitted he was hesitant to rekindle his flame with J.Lo, who he was engaged to in 2004, because of his kids. “It crossed my mind for sure,” he said about his doubts. “My responsibility to my children is the highest responsibility. I don’t want to do anything that is painful or destructive to them if I can help it.”