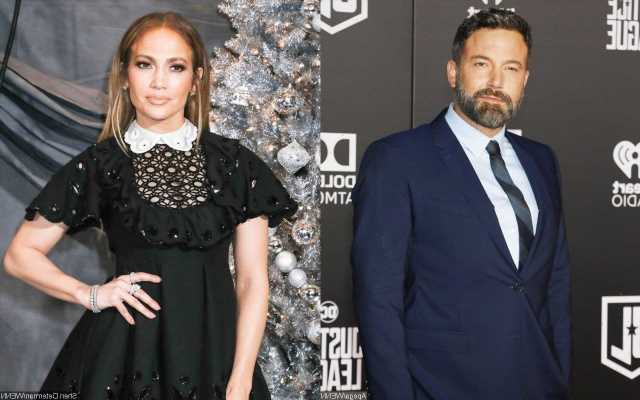 Former PR ace Rob Shuter, who worked for the ‘Let’s Get Loud’ singer when she was first dating her ex-fiance, claims to have heard that the former couple is definitely back together.

The couple was engaged from 2002 to 2004 and recently reunited following love splits, and Jen’s former PR ace Rob Shuter, who worked for her when she was first dating Ben, tells Access Daily he’s heard the former lovers are definitely back together.

“If things move forward with these two, gosh she’s already got the most beautiful ring I’ve seen,” he explains. “It’s absolutely stunning. It is blinding.”

Meanwhile, sources claim Jennifer speaks to Ben every day. “They are making plans to see each other,” the insider tells People. “Jennifer is still very excited about how things are going with Ben… Time has passed, and they are each in a different place with children.”

Jennifer, who is mum to 13-year-old twins Max and Emme from her marriage to Marc Anthony, reportedly wants to spend “as much time as possible” with dad-of-three Ben, but sources insist they aren’t rushing into anything just yet.

“She had a great time with Ben,” one adds. “She is happy with him and enjoys spending time with him.”

Jennifer and Ben sparked reconciliation rumors after she and fiance Alex Rodriguez called off their engagement in mid-April. The “Let’s Get Loud” songstress was reported to have had the “Justice League” actor making multiple visits to her Los Angeles mansion before they enjoyed a Montana getaway together.