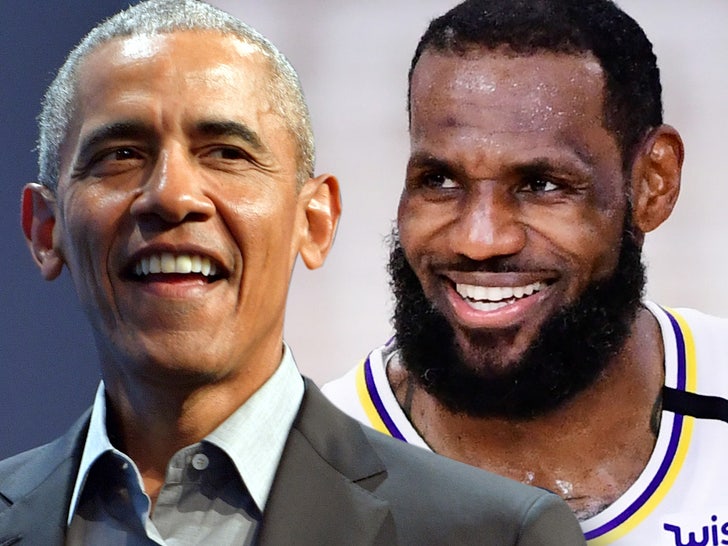 Barack Obama is congratulating his pal, LeBron James — saying the NBA superstar is a legend both on and off the court … despite what Trump thinks.

“Proud of my friend @KingJames for his fourth title, fourth Finals MVP, and for not only living up to the hype after seventeen seasons, but surpassing it as an extraordinary leader both on the court and in the public arena fighting for education, social justice, and our democracy.”

Obama and LeBron have been friends for years — with Barack reportedly counseling LeBron on how to speak out against social injustice during the NBA restart.

And, with Donald Trump recently going after LeBron as “nasty” and a “hater” … Obama made it clear he couldn’t disagree with POTUS more.

“Congrats to my brother @KingJames on winning his 4th championship,” 43-year-old Brady said to the 35-year-old Lakers star … “Not bad for a washed up old guy!”

But, the self-deprecation didn’t stop there!

Check out the picture Brady posted along with the caption — it’s a meme of the Bucs QB holding up 4 fingers during his “what down?” blunder on “Thursday Night Football” last week — but with LeBron’s head on his body.

It’s nice to see TB12 can laugh about it now … considering the mistake went on to cost Tampa Bay the game against the Chicago Bears.

As for the rings, Bron is just 2 away from tying Brady and Michael Jordan … so those dudes better watch their backs!!