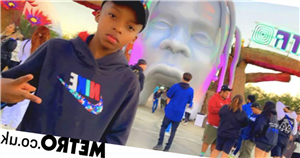 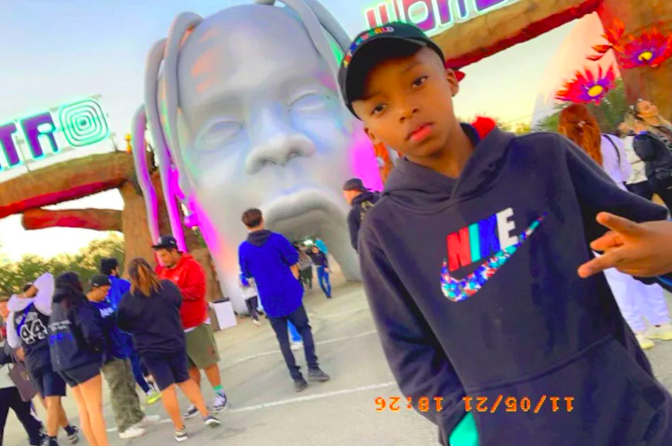 A nine-year-old boy has died from the injuries he sustained at Astroworld Festival, bringing the total fatalities to 10.

Ezra Blount had been on life support and in a medically induced coma since the crush on Friday, November 5, at Travis Scott’s festival in Houston, Taxas.

A statement from his family confirmed his death to ABC13 Houston, with an attorney for the Blounts saying: ‘The Blount family tonight is grieving the incomprehensible loss of their precious young son. This should not have been the outcome of taking their son to a concert, what should have been a joyful celebration.

‘Ezra’s death is absolutely heartbreaking. We are committed to seeking answers and justice for the Blount family. But tonight we stand in solidarity with the family, in grief, and in prayer.’

Houston mayor Sylvester Turner also shared his condolences, tweeting: ‘I am saddened to learn of Ezra’s death this evening. Our city tonight prays for his mom, dad, grandparents, other family members and classmates at this time.

‘They will need all of our support in the months and years to come. May God give them strength. RIP Ezra.’

Blount went to Astroworld with his father Treston, and had been sitting on his dad’s shoulders to watch Scott’s performance.

While they stayed further back in the crowd, the pressure became too much when the crowd surged towards the stage when the Sicko Mode rapper came on, and Treston passed out.

His son fell to the ground and was trampled.

Blount was rushed to hospital with brain swelling and damage to his major organs, and was placed in a medically induced coma.

Prior to Blount’s death, his family filed a lawsuit against Scott, real name Jacques Webster, and promoters Live Nation, alleging that their ‘grossly negligent conduct’ contributed to the child’s then- life-threatening injuries.

The lawsuit, which says Blount was ‘kicked, stepped on, trampled, and nearly crushed to death’, alleges ‘negligence in a great number of aspects, including crowd control, failure to provide proper medical attention, hiring, training, supervision and retention’.

Bharti Shahani, 22, was pronounced dead a week later after being declared brain dead.

Scott, who is expecting his second child with Kylie Jenner, said that he and his team have been ‘actively exploring routes of connection with each and every family affected by the tragedy through the appropriate liaisons’.

The 30-year-old reportedly didn’t know about the severity of the situation at Astroworld until hours after the concert, and was informed of fatalities while attending an after-party at a sports bar.

The rapper has come under criticism for continuing his set for nearly 40 minutes while unconscious bodies were being pulled from the crowd.