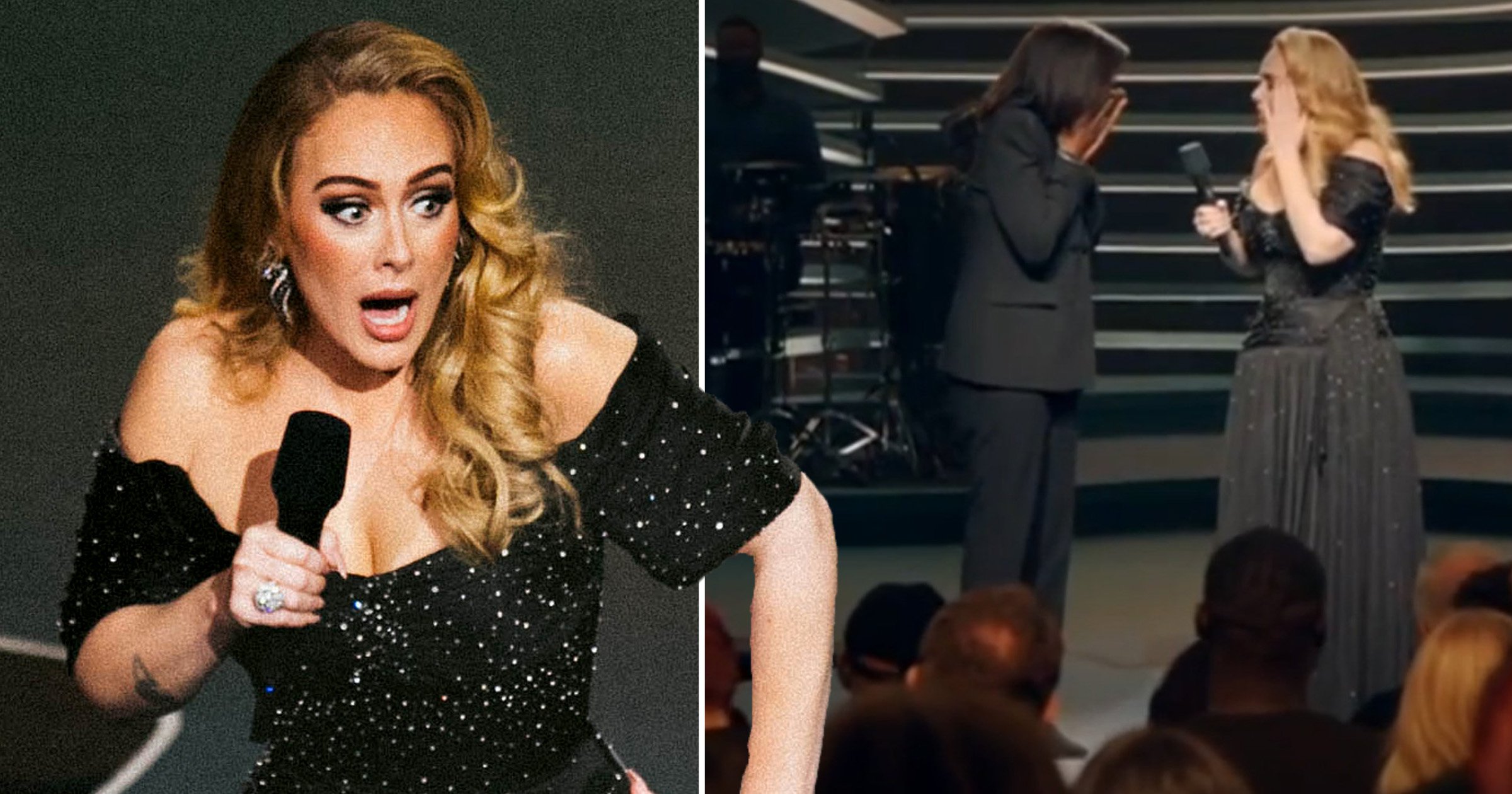 A student frantically ran into my classroom a few months ago, speaking to me and on her phone at the same time.

What I gathered – after much confusion – was that a former pupil of mine had just arrived at the school gates to see me.

Bewildered, I asked another teacher to cover my lesson as I rushed down to meet her.

When I arrived at the gates, she was there, holding a bouquet of flowers and some chocolates. She pushed both into my hands, gave me a hug and thanked me for everything I had done for her.

She had run down to see me during her break at her first job and had to leave as quickly as she had arrived. Dazed and overwhelmed by the brief encounter, I returned back to my classroom.

Khadija hadn’t thanked me after finishing her GCSEs but it was clear that she also hadn’t forgotten our time together and, years later, as soon as she had the means to show her appreciation, she returned to me.

So when I saw Adele reunite with her high school teacher, Ms McDonald, live on stage for her An Audience with Adele special on Sunday evening, I knew exactly how Ms McDonald was feeling.

To be remembered, honoured and acknowledged by a previous student is something few of us experience. Described as ‘so bloody cool, and engaging’ and told that students truly knew that she ‘cared’ about them is a moment Ms McDonald won’t soon forget.

Imagine if your life’s work could speak to you, affirm you and validate the years you had invested – that is what Ms Ms McDonald experienced because of Adele.

I was 15 years old when I first heard of Adele. At the time, I loved singing ballads, writing songs and dreamt of one day performing to thousands so Adele was a source of inspiration to me.

As my GCSEs loomed in the distance, I mapped out my future, my hunger for the stage growing. I still remember expressing my dreams of the stage to a close friend, while also vowing that I’d ‘never become a teacher’.

Teaching wasn’t glamorous to me at the time, it wasn’t cool and it failed to match up to the exciting life that I detailed for myself using the storyboard template given to me during a Food Technology lesson.

Life, however, had other plans. I am currently the Head of English at a school not too dissimilar to the one I once attended and I spend my days doing the very thing I vowed never to do. And I love it.

My work has become an inextricable part of my identity and I am passionate about the young people I serve as I believe that the work I do with them will continue to manifest in their lives long after we say goodbye. It is a privilege to do the work that fills my days.

But education is a tough sector. You only have to google ‘teachers quitting education’ to be confronted with a plethora of tales outlining the instability and volatility of each school day.

So we press on, becoming more than just teachers; we are motivational speakers, counsellors, advisors, mentors, behaviour managers, and, on the worst days, bouncers.

Our work is, by nature, quite the phenomenon; we see the same people every day for five years, build close ties with them, carry them through some of the most trying times of their lives, and then they are gone.

Few ever thank us for the work we’ve done. Most we never see again.

If we are lucky, we might have the pleasure of bumping into them on the street but that is also quite the rarity. I, however, had the privilege of bumping into my own Head of Year earlier this year.

Similar to Adele, I was overcome with emotion and almost in tears as I embraced her. I was lost for words. My ‘Ms McDonald’ was a woman named Mrs Powell, a woman who championed me throughout my secondary school education.

When I saw her, I became a student again, calling her ‘Miss’ while she took in all that I had become. Now that I am also a teacher, I truly appreciate what she did for me. I also know that she didn’t have to; that she was going above and beyond the expected and beyond what she was paid – through her guidance and mentorship – all because she believed in what I had to offer the world.

There is no doubt in my mind that teaching is the best job in the world. I have never spent a day watching the clock, willing time to pass. I have never doubted the purpose of each day or the value of my life’s work and worth. However, teaching still remains the hardest thing I have ever done.

That was, until I was reunited with the aforementioned Khadija.

This student had been special to me, a member of one of the most notorious classes to have ever graced my school. Upon arrival, I had been told that they were a ‘challenging’ class, which, in hindsight, was a feeble attempt to prepare me for the storm that lay ahead of me.

During my first lesson, in an attempt to engage them, I asked them to turn to the person next to them and have a short conversation. Not a single person moved, turned, or spoke. Instead they stared back at me coldly, confirming with their silence that I would have to work for their compliance, their respect and their trust.

This student, Khadija, was among them but I saw something in her – perhaps in the same way Mrs Powell saw something in me. Although she had become disillusioned with school and had sentenced herself to failing her upcoming exams, I believed that she still had it. That she could do it. This belief propelled her forward.

So what did the moment with Adele mean to Ms McDonald? The words I know fail to encapsulate the feelings I believe would have taken hold of Ms McDonald as she listened to the biggest superstar in the world refer to her as a ‘bloody cool’.

As a nation, we were all moved, momentarily transported back to that teacher – because we all have one – the one who made a difference, did more than was required and, ultimately, changed the trajectory of our lives.

We never truly know the impact of the work we do, the lives that we touch and those who will remember us. And while most of our students won’t go on to be one of the best-selling artists of all time, we care deeply about all of their futures, often thinking, long after they’ve left us, about what they have become.

The connection we share with our students transcends both time and the spaces we first encounter them.

Although we never see most of them again, they remain with us and us with them. Of this, I am certain.