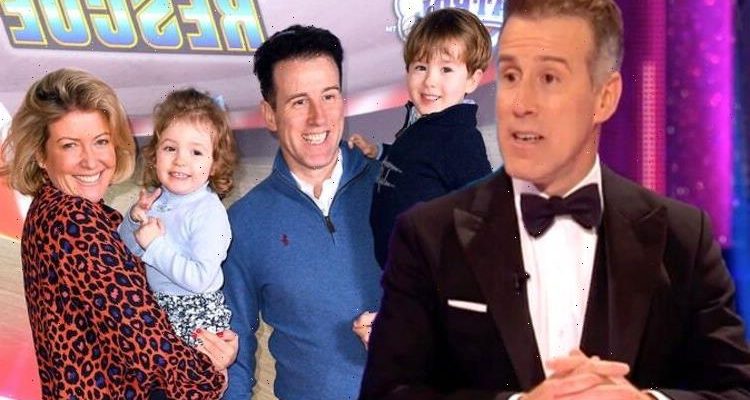 Professional ballroom dancer Anton du Beke has admitted that he’s had to put any West End goals on hold due to his commitment to his wife and children. The Strictly legend is back on the dance floor for a brand new tour, entitled An Audience with Anton du Beke.

Anton, 55, will be touring the country with a band behind him, as he shares his life story to audiences through the medium of song and dance.

While musical theatre seems like the perfect fit for the star, he has admitted that hopes of a career move away from Strictly and onto the West End would be too difficult to entertain at present.

When quizzed about the career path, he replied: “A number of years ago I did talk to the producers about doing the Billy Flint role in Chicago, but we couldn’t make it work for dates.

“That was before I had children. At the moment, in the immediate future, I don’t see me doing any sort of residency in a theatre.

Anton married wife Hannah Summers back in 2017, and the couple share two children together.

“I think that’s something I might revisit later,” said Anton. “I prefer doing the one nights, going around, doing a show, getting home, jumping off to somewhere else the following day.

“I like that, that’s what I prefer and enjoy doing,” he continued.

“The idea of doing Chicago or something like that would be fun but unfortunately not for me at the moment,” he admitted in his interview with Brighton Magazine.

After 17 years as a dancer on Strictly, Anton was finally chosen to complete the judging line up last year.

The star replaced popular judge Bruno Tonioli following his absence due to travel restrictions amid the Covid pandemic the year before.

Despite rumours, it hasn’t been officially confirmed whether Anton will be returning to the panel this year following his successful stint as a judge.

The star has admitted he “hasn’t yet been told” whether he will rejoin Craig Revel Horwood, Motsi Mabuse and Shirley Ballas for the 2022 show.

Following the departures of professional dancers Oti Mabuse and Aljaž Škorjanec – who both recently revealed they were quitting the programme – Strictly bosses have not yet added any new professionals to the line-up.

Oti also made her judging debut on ITV show Dancing On Ice, which aired back in January this year.

Outside of his busy career, Anton enjoys spending time at home in Buckinghamshire with his wife Hannah and their adorable twins.

Anton met his wife in 2010 when they were attending a dinner as members of the local golf club.

The pair got married in secret five years ago and welcomed their twins in the same year.

Tickets for An Audience with Anton du Beke are available here.