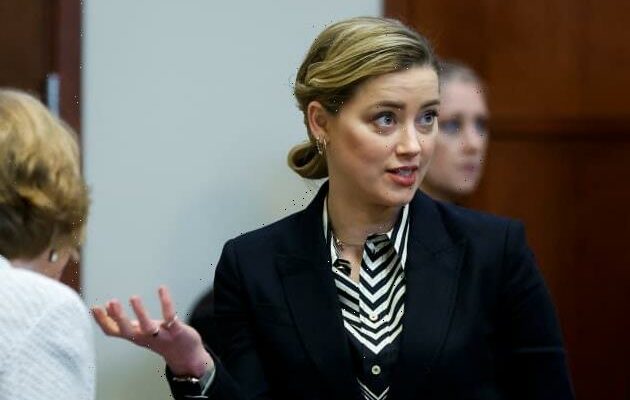 Depp sued his ex-wife for $50 million, alleging that she irreparably damaged his career with a 2018 Washington Post essay in which she idenfitied herself as a survivor of domestic violence.

The jury awarded Johnny the much smaller sum of $10.35 million.

Heard was awarded $2 mullion in compensatory damages, but she still owes $8.35 million to her ex.

Needless to say, that’s a rather sizable financial burden for Amber.

Heard’s net worth is estimated at just $1.5 million, which means that if her appeal fails, there could be a bankruptcy filing in her future.

Of course, Heard has many supporters who feel that she was victimized first by Depp and then by a three-ring circus of a trial that was more about fame than justice.

So it wasn’t surprising when a GoFundMe account appeared with the stated goal of raising money for Heard.

But it was surprising when the account disappeared after racking up hundreds of donations in a matter of days.

So have the administrators of GoFundMe joined Team Johnny?

The account was created by someone named Kimberly Moore, who does not appear to have any ties to Amber.

GoFundMe has not offered many details, but apparently, they had reason to believe that the money being raised would not wind up going to Heard.

“I believe Amber, and social media protected the abuser. The judgment exceeds her net worth,” Moore wrote on the site.

“It’s so sad that he was able to get away with the abuse. The judgment furthers that abuse. If you can please help her.”

Sounds sincere, but we’re guessing the folks at GFM are pretty good at spotting phony accounts.

In fact, they say that they’ve already shut down several other fraudulent pages that claimed to be raising money for Heard.

And unfortunately, if Amber does decide to try and raise money online, it’ll be that much harder for her to do so now, as potential donors will be wary of getting scammed.

It’s the latest in a long line of legal and financial headaches for Heard, who’s been in and out of court more or less nonstop since she and Depp went their separate ways back in 2016.

As Depp’s attorneys noted during their closing arguments on May 27, it was six years to the day since Heard filed for a temporary restraining order while Depp was in Europe promoting his film Alice’s Adventures In Wonderland.

Depp’s team argued that the fact that Heard waited until Depp was out of the country and brought her publicist to the courthouse to file for the TRO were signs of foul play.

They called a former TMZ employee to the stand who testified that the site had been tipped off that Amber would be filing documents at the courthouse that day.

Little did anyone on that fateful day in 2016, that that was the beginning of six years of messy legal wrangling.

And the fight is far from over.

Heard is expected to file an appeal, which means we could wind up re-litigating this matter in the very near future.

This time, however, Heard’s team is expected to do everything in their power to ensure that there are no television cameras in the courtroom.