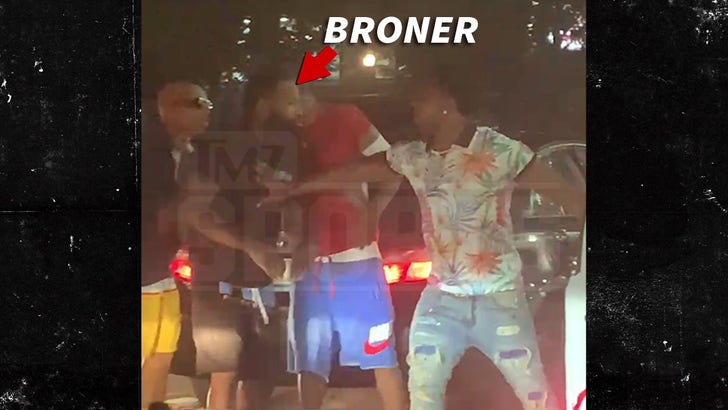 Boxer Adrien Broner had to be restrained while furiously trying to get to a group of people … after a night of clubbing in his hometown of Cincinnati — and the whole incident was caught on cell phone camera.

TMZ Sports acquired video taken outside the Copa Lounge in Cinci on Friday, July 23. The 32-year-old former 4-weight class world champ is clearly agitated, and has to be held back.

At one point, the video shows 34-4-1 Broner squaring up to another man. He never throws a punch or makes contact with anyone.

We’re told peace was ultimately restored … cops were not involved, and no one was arrested.

AB — for all his talent in the squared circle (and he’s got a lot) — has had a bunch of run-ins with the law outside it … from DUI’s to alleged assaults and robberies.

As for fighting inside the ring, Broner earned a unanimous decision victory against Jovanie Santiago in February. It was AB’s first fight since losing to the legendary Manny Pacquiao … a more than 2-year layoff.

We reached out to Adrien … but so far, no word back.